PLEASE READ DISCLAIMER BELOW BEFORE PROCEEDING! 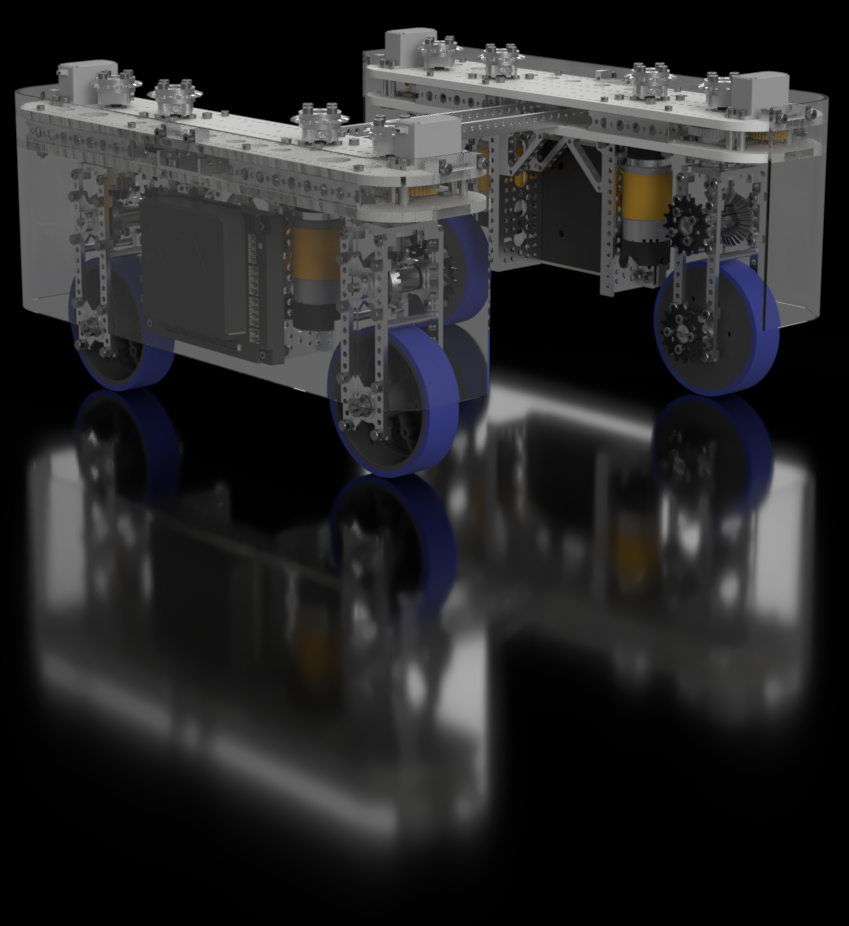 DO NOT plan on using this drivetrain unless you know what you're doing and you're prepared to spend a lot of time modifying and tweaking the design. As of right now, it is currently being tested and we have already come across several SERIOUS DESIGN FLAWS (stay tuned for a video on all the lessons learned from this project). If you are looking for maneuverability, I would currently urge you towards the mecanum setup. Attempting to build this drivetrain could use up your whole season and it may not end up working! You've been warned!

If you haven't already, please read the DISCLAIMER above. With 4 fully controllable driven swivel wheels, this is just about the most maneuverable, most complicated, and most expensive drivetrain an FTC team can build. If you are thinking about building this drivetrain, please join the baseBot Discord so someone can walk you through all the reasons you shouldn't.

So why did we even attempt to include a swerve setup for the ORIGIN plates?

Kyler (the ORIGIN plate designer) here. This highly impractical and bad idea of a swerve setup was included for a number of reasons. First off, I personally just really wanted to try to design a swerve drive mechanism because I thought it would be an interesting project. I was also working on the baseBot ORIGIN plate design at the time, and I ended up combining the two project just to see how possible that would be. Secondly, the teams I mentor were really enthusiastic about the prospect of working on a swerve mechanism, so I partially did it for them. And third, I just wanted to show the potential of baseBot as a universal drivetrain. The execution here might be poor, but I feel that there could be a good baseBot plate design in the future that implements a fully functional swerve drive. Have an idea for how that could work? Go make it happen, and submit your design to one of our annual redesign competitions!

Full Assembly - Full detail, down to the screws. You can carefully analyze this assembly to put together your robot if using this configuration as designed.

Starting Point Assembly - Use this assembly as a jumping-off point for your CAD work so you can easily make drastic changes to the assembly and plate designs.

baseBot ORIGIN Plates -  Download the open source plate designs to use for your own custom robot design! We ask you to try to include the baseBot logo somewhere on your final robot design, but feel free to go nuts and modify these plates as much as you'd like. If you use these designs in any capacity, tweet us some photos of your robot so we can feature them in the Gallery section on our site!

This BOM is for RESEARCH PURPOSES ONLY. Please do not buy these parts and try to build this drivetrain. It is a bad idea and it will not work. This is your final warning. Don't do it.