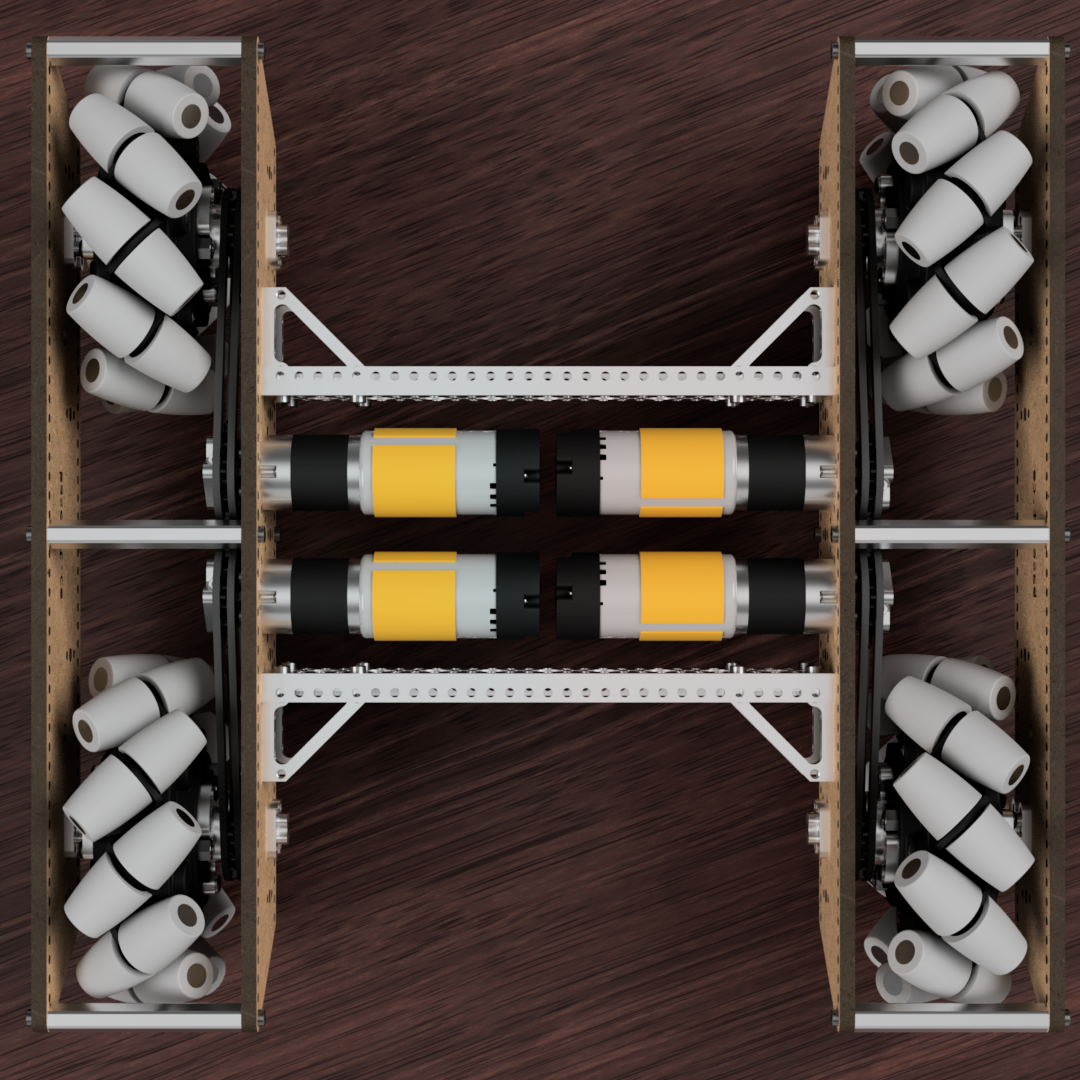 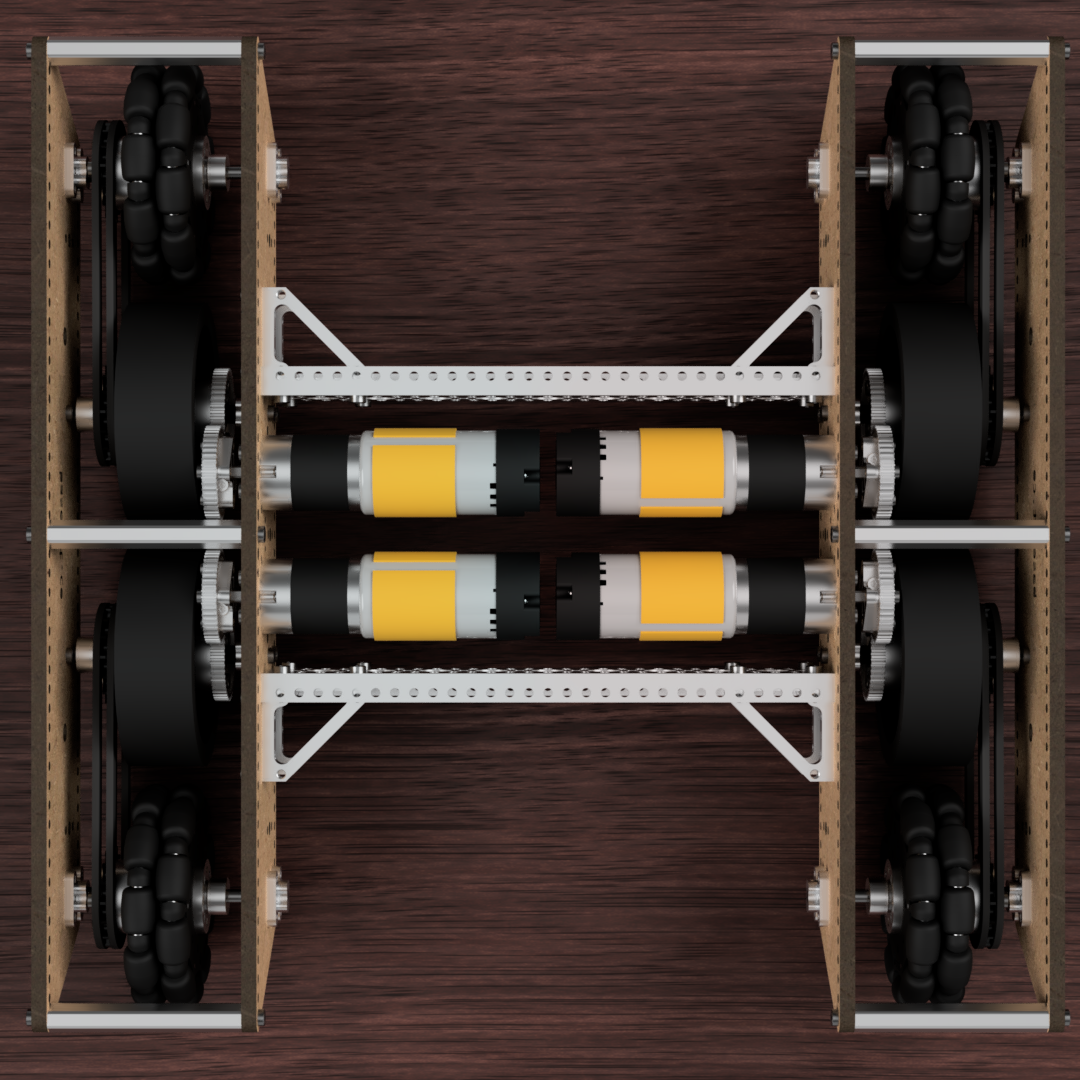 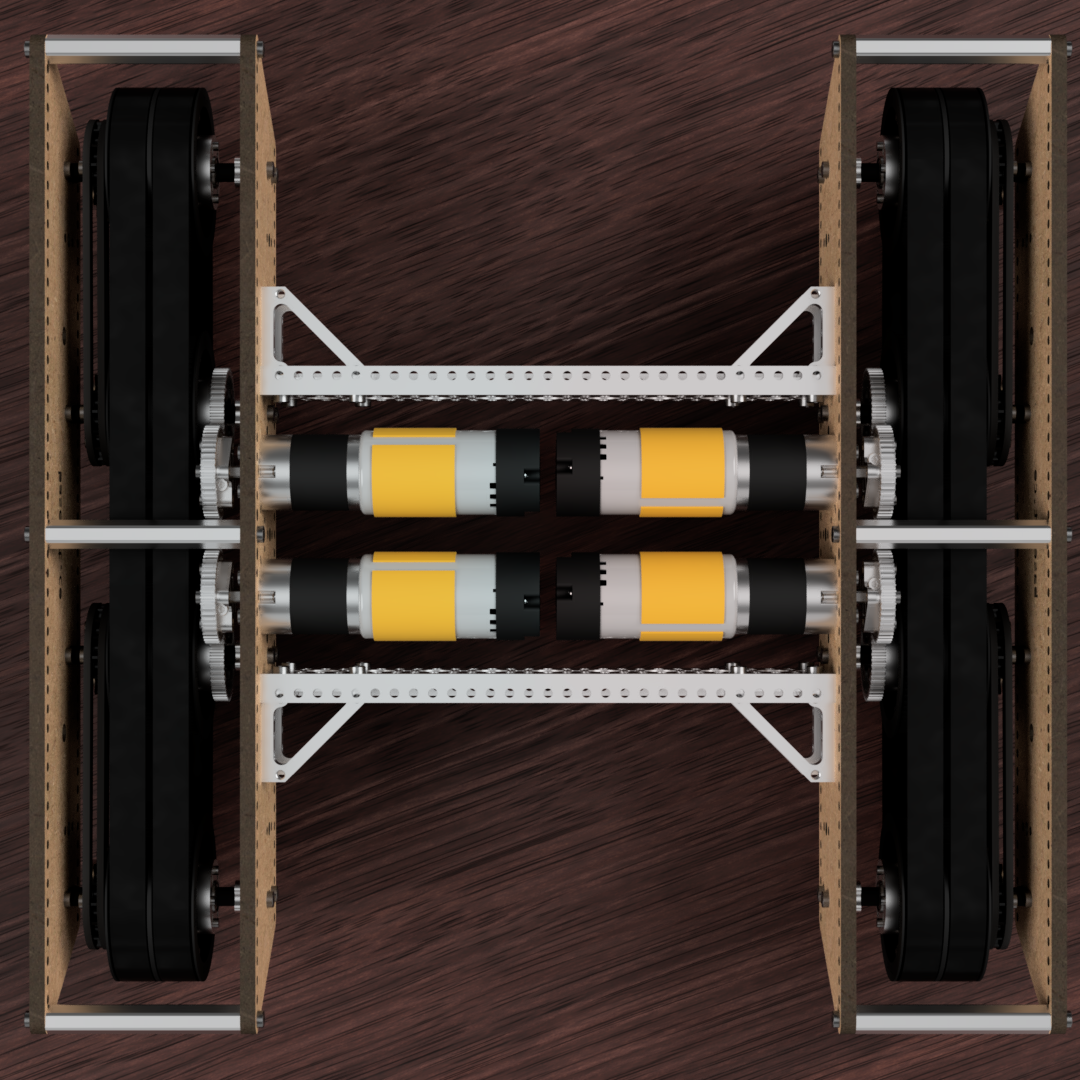 With the release of baseBot ORIGIN, the FTC Community has had a lot of suggestions for improvement. With baseBot PHOENIX, we've been working on integrating these suggestions while balancing the original vision of baseBot. Here's a changelog of sorts:

Unified kit - All of the structure and motion components of baseBot PHOENIX (except the specific wheels of each setup) are contained within the PHOENIX kit. This means that if you order all the parts in the PHOENIX BOM (coming soon) as well as all of the wheel options, you can very quickly and easily construct any baseBot PHOENIX setup in no time at all.

Simplified assemblies - The baseBot ORIGIN drivetrains use a lot of bevel gears in an attempt to keep open space in the middle of the bot. In retrospect, this just adds complexity to the design without really adding much value, so we eliminated this in PHOENIX. We've attempted to keep the number of parts to a bare minimum to reduce both weight and cost.

Simplified plates - The baseBot ORIGIN plates had a lot of extra holes on them, which could be useful for mounting stuff sometimes, but they were really just an extra obstacle to work around. For baseBot PHOENIX, the extra holes for mounting prototypes have been limited to a single strip across the top and bottom of the plates, while the rest of the holes serve as motor and axle mounts.

Universal motor mounts - All of the PHOENIX configurations (except 4" Mecanum) should now work with most common FTC gearbox mounts. This includes GoBilda (YellowJacket), Andymark (NeveRest Classic & Orbital), VEX (VersaPlanetary), REV (HD Hex), and Tetrix (Torquenado). The mecanum setup should work with most of these as well (except VEX VersaPlanetary), however the design may need some slight modifications for any non-planetary gearmotors you plan on using.

Drop center - The 8-wheel and 6-wheel setups have been given a 3mm drop center. This allows for more smooth and accurate turning.

Double up omnis - The omni wheels have been doubled up to provide rollers all the way around.

No more swerve - We may bring this back in a future version once we get more of an opportunity to design and test a fully functional setup, but as it stands right now there isn't enough expertise or time on our end to pull this off properly, so we've left this option out.

Set default modeling direction to z-up - This had to do with a change in Fusion 360 which switched the default modeling direction from y-up to z-up. Not a big deal, except that now when you download the old baseBot ORIGIN designs (which were put together before the change), they appear to be sideways, which is mildly annoying. This should not be an issue with baseBot PHOENIX.

Here is the bill of materials for baseBot PHOENIX. Unlike ORIGIN, which has a unique kit for each configuration, there is only one PHOENIX kit with different add-ons for each of the configurations. This allows you to buy one kit which you can convert to whatever configuration you'd like after you find out what the challenge will be. Just make sure you get at least one of the add-ons, otherwise your robot will not have any wheels, and probably won't work very well.

For those of you who already have the GoBilda FTC kit, we've put together a special BOM that excludes all of the parts provided by the kit. This should help reduce costs a bit without ending up with lots of extra parts. (For teams that do not have the kit, we still recommend getting one, as it will give you a lot of extra parts to work with at a discounted price.)

So at this point you might be wondering how much it would cost in total to get your own baseBot PHOENIX kit. We'll admit, it is a bit pricey, however we think the modularity and quality make it worth the cost. Plus, how many other drivetrain kits can you use to build completely different drivetrains from essentially the same parts, and then completely redesign every aspect of it to better suit your team's needs? Not many.

All configurations use the baseBot PHOENIX plates. You can download a .dxf version of this plate design here. 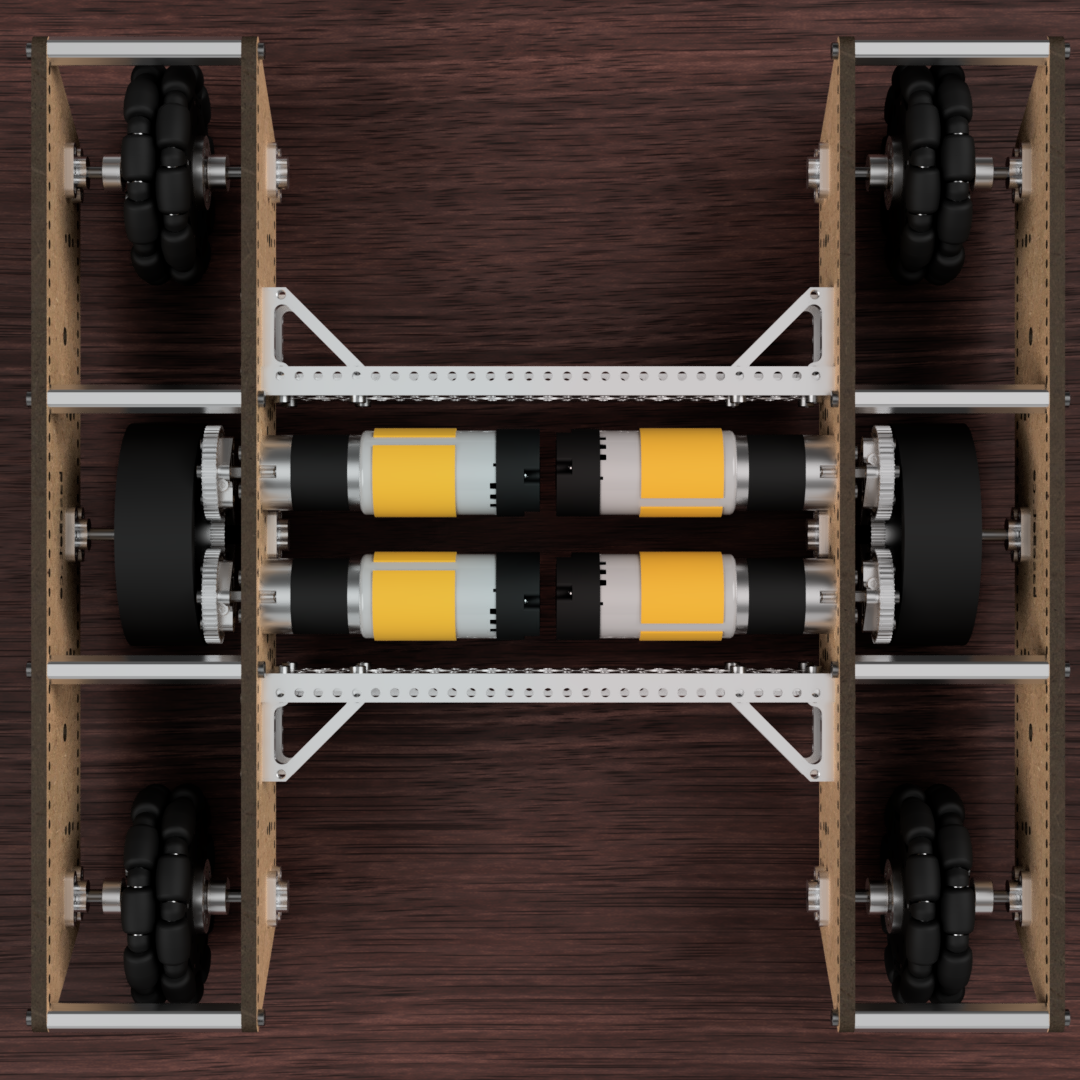 > Not good for driving over obstacles 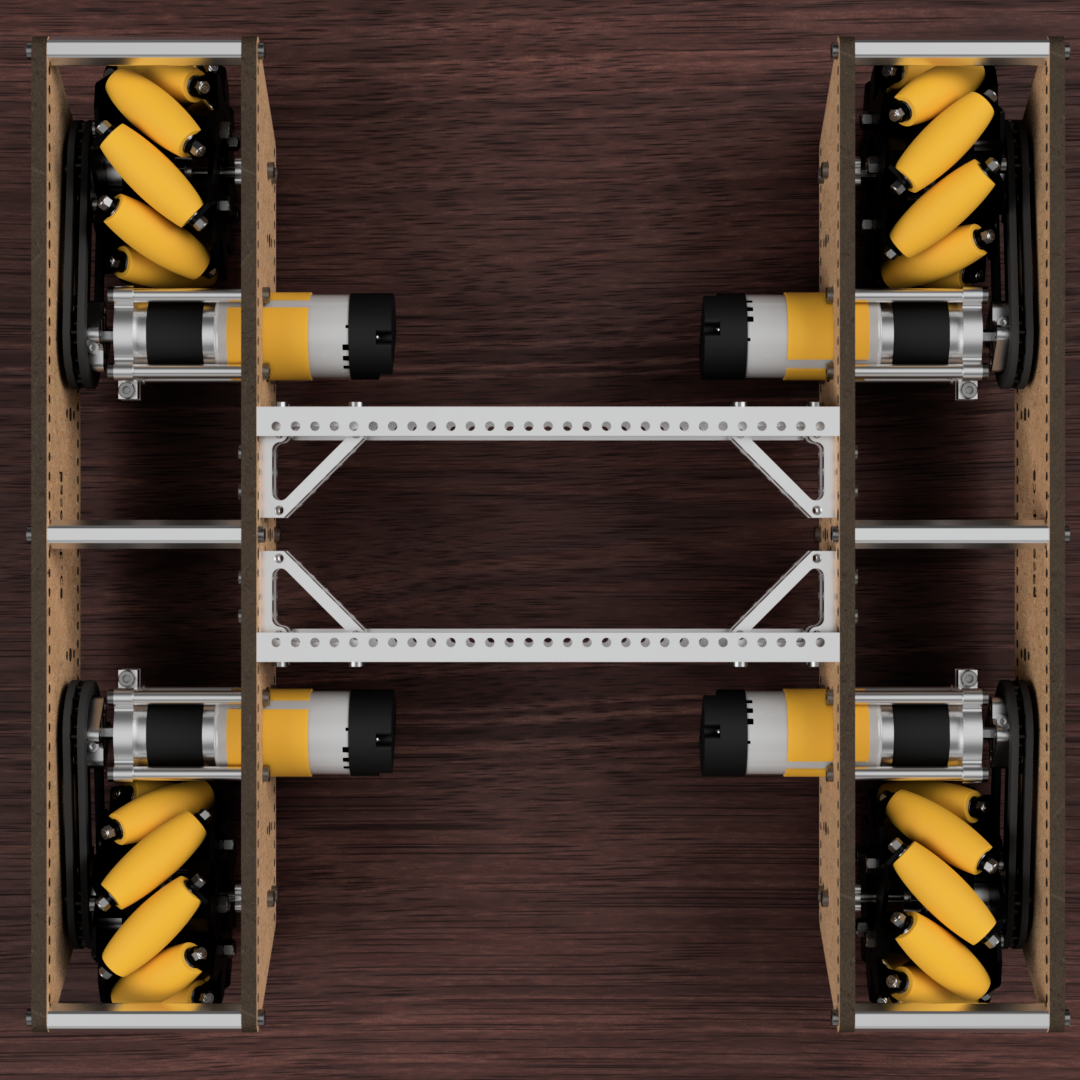 > Currently untested, may have issues with maneuverability

Thank you to the members of the baseBot Discord for their suggestions and feedback. I'd like to give a shoutout to Nate from NX specifically for sharing his VANTAGE series designs, which heavily inspired the design of PHOENIX. You can check out his VANTAGE-H design here.