FTC Team 10355 Project Peacock is based out of STEAM POST 26 in Tulsa, OK. Their CAD team consists of 2 9th graders who have been on the team for one and two years respectively. All of these designs were put together by the two of them based on the baseBot ORIGIN drivetrain platform.

Testing out the Platform

baseBot ORIGIN was designed by 10355 alum Kyler Smith, so the current members of team 10355 were the first to try out the platform. Over the summer of 2019, the Project Peacock CAD team put together several robot assemblies to test the workability and design possibilities of baseBot. A lot of the lessons learned went into the design for baseBot PHOENIX.

This was an attempt to push the design to the absolute limits. It combines the Swerve setup with a Double Reverse 4-Bar, common in VEX bots. In the end, the swerve design was deemed fairly impractical, and real-world testing determined this to be true. The swerve assembly was then abandoned altogether, however it was still a great learning process. 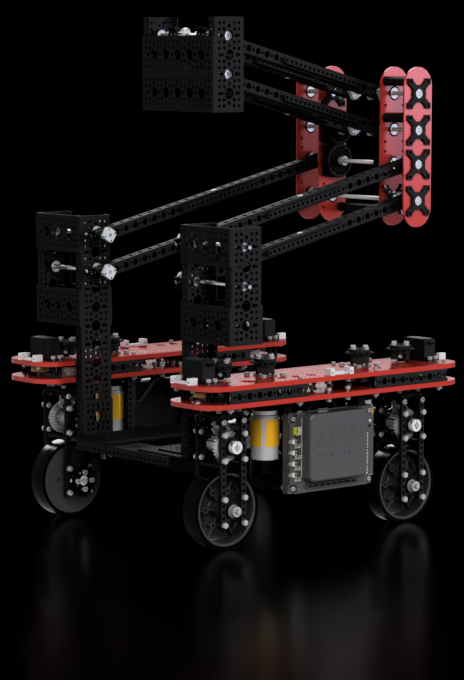 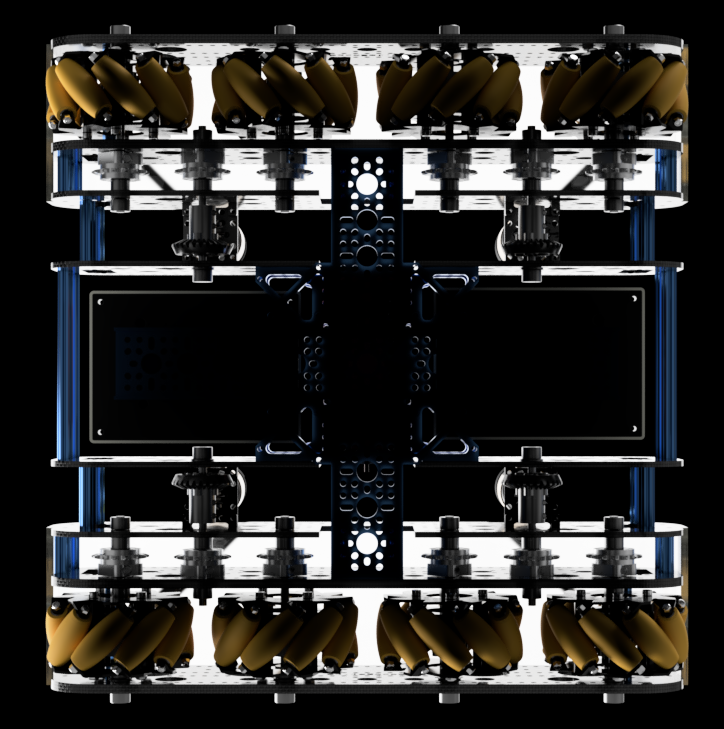 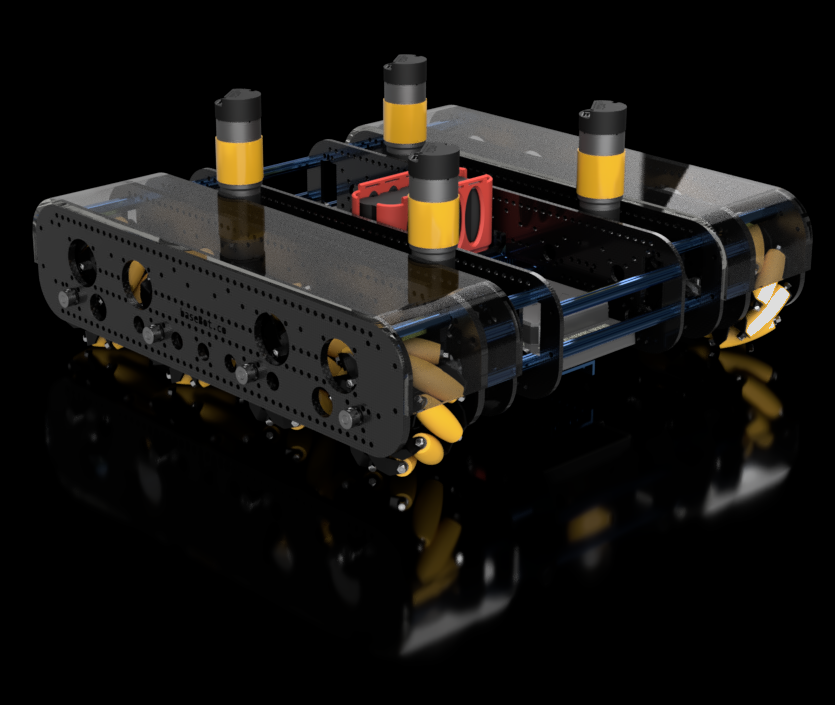 Another highly impractical but equally ambitious design concept developed by 10355 was the 8-Mecanum. This was intended to provide extra traction and speed and would allow for a more rhobust, heavy robot. Ultimately this too was deemed overkill for the 42 lb weight limit. 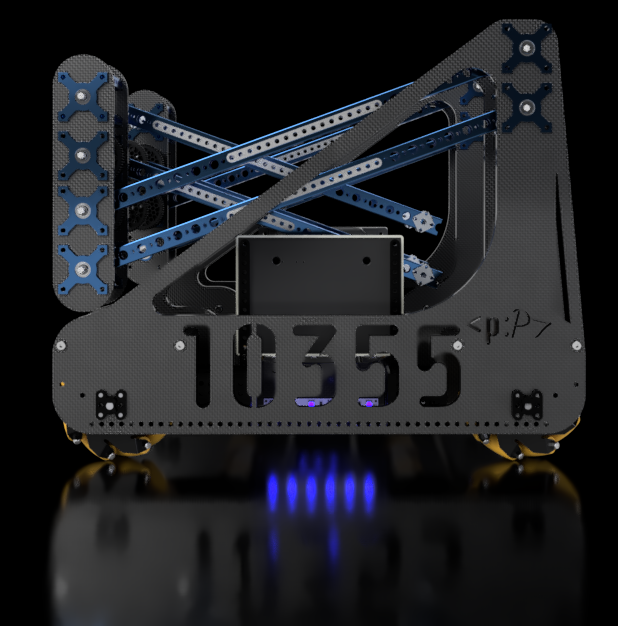 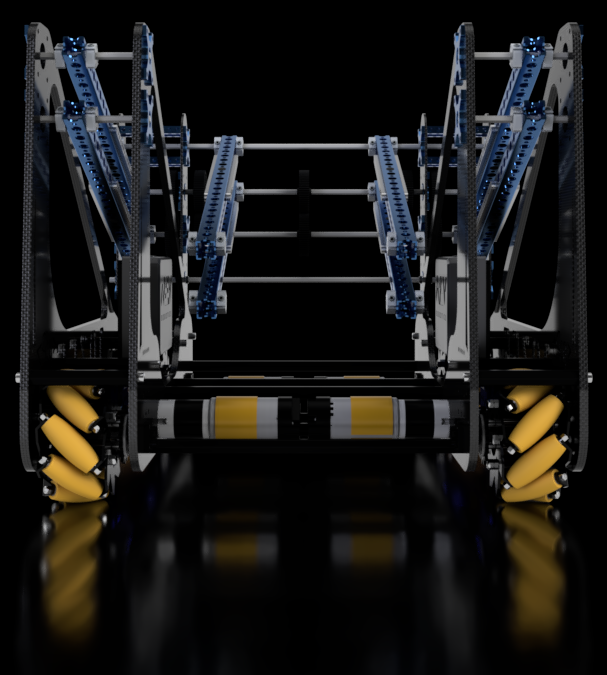 The Double Reverse 4-Bar Mecanum Drive, referred to by the team affectionately as SquatBot, was an experiment that combined the best aspects of several designs. A lot of care was taken to designing every aspect of this concept bot, from the plates to the mechanism itself. This was the final concept bot created by the team before the start of the Skystone season. While still somewhat impractical, this design is much closer to what you might find as an actual competition bot.

Team 10355 proved that it is possible to create quality designs quickly and efficiently using the baseBot ORIGIN platform. They also helped explore what could be improved, which led to the development of baseBot PHOENIX. The team decided to use the skills they learned during this process combined with the new PHOENIX platform to design their Skystone robot. Stay tuned to see the upcoming reveal of this design!